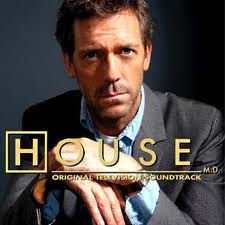 I have taken to watching the “House” re-run marathon on ION TV on Saturday nights while Paul is at work. I love “House”… the show that is…. the character…. an ass, albeit a lovable ass. If Dr. Gregory House M.D. were my Doctor, he would have me in a puddle of tears. He would get the job done, but I would be a mess! A recent episode perked my interest (re-run as the show ended its run on its own accord a few years ago). My husband and I watched the show in its first run but were ‘late bloomers’ and entered the show in either its third or fourth season. I missed this episode the first time around. I would have remembered this episode vividly because it had its facts so off base. The final, end of the show, when the ‘House’s lights come on’ and he gets his final epiphany moment; the patient has a rare but treatable disorder. Her liver ‘needs’ extra fat and carbohydrates. I refuse to quote House both the character and the script because it is both insulting to heavy people and is a misrepresentation. I was there, I know. I won’t use those words now or ever. I will not ever forget! However I will clarify for because the writers did not do their research properly.

Those of us that have had weight loss surgery know the drill. You prepare for months.Â  I am speaking for gastric bypass here, however, am going to stick my neck out and say as far as I know, Lap Band has similar requirements. I know Dr. Lucktong was preparing to become trained to administer the Lap Band procedure about the time I had my RNY, in the winter of 2007 and I know now, he is an ‘old pro’ at the surgery. I am confident, for Dr Lucktong, his requirements would be about the same, across the board. There are a number of tests both medical and psychological that you must go through.

My body was about to undergo a very rigorous undertaking and no stone was to be left unturned. They checked my heart. As I stated on my “About” page, I was able to undergo the treadmill (at the time) but threw up a ‘false positive’ so then had to go to a cardiologist. The cardiologist administered drugs to speed my heart up and give it the illusion that it had just been exercising. Then they performed several tests including scans of my heart. The final verdict? My heart was in excellent condition. What was nice about this was I now know when I went on that table, my heart did not have any damage from the years I had spent carrying the extra weight. I got a clean bill of health on my ticker.

I had to get clearance from my endocrinologist and undergo psychological evaluation. These things took several months. In all, my quest to have gastric bypass surgery was a ten month journey. I wanted it like I had never wanted anything for myself in all my life. If you do not want it and do not take it seriously, you will not succeed because it is not a ‘get thin quick’ card. No. It is a tool. I remember my one year evaluation as I stood in awe of Dr. Lucktong, and Dr. Lucktong stood in awe of me as he said, “All I did was give you the tool….. you are the one who did all the work.” And work it is….. never ending, never ceasing work.

While the stereotypes of a ‘fat girl who got thin the easy way’ make a good script for the acidic comic that only “Dr. House” can deliver, it does nothing to help erase the stigma that many people attach to weight loss surgery patients. It makes for good drama…. especially Dr. House style. I also suppose the writers had to some how tie it into her surgery / former obesity issue. I can only hope that as time goes on if future medical drama shows decide to do stories such as this, they decide to check their facts very carefully before they proceed. Until next time. K.

Experiences of a gastric bypass patient.